Dr. Leana Wen is an emergency physician and public health professor at George Washington University. She served as Baltimore's Health Commissioner where she led the nation’s oldest operating health department in the U.S., fight the opioid epidemic; treat violence and racism as public health issues; and improve maternal and child health.

Dr. Wen’s memoir, Lifelines: A Doctor’s Journey in Public Health, available Summer 2021 helps to make the invisible hand of public health, visible. “Public health saved your life today—you just don't know it," she likes to say. As Dr. Wen explores the role of public health in approaching social ills, she also tells her own uniquely American story. One as an immigrant who came to the United States at age seven. Her family received food stamps and were at times homeless despite her parents working multiple jobs. She attended college at thirteen, became a Rhodes scholar, and turned to public health as a way to make a difference in the country that would offer her vast possibilities. Public health saved her life and the lives of so many others. She is also the author of the book, When Doctors Don’t Listen: How to Avoid Misdiagnoses and Unnecessary Tests.

She has received recognition as one of GOVERNING's Public Officials of the Year, Modern Healthcare's Top 50 Physician-Executives, and TIME magazine's 100 Most Influential People.

Dr. Wen is a contributing columnist for the Washington Post, writing a weekly column on health policy and public health, and a CNN medical analyst. 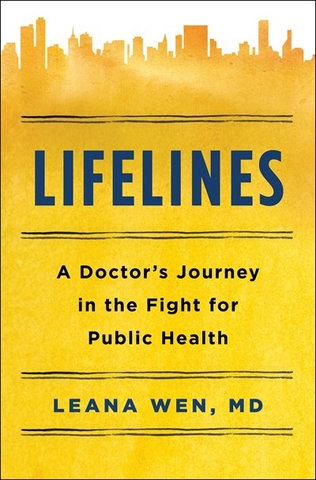