Savala Nolan Trepczynski is a writer, speaker, and lawyer. She regularly speaks on social justice issues, including implicit bias, structural racism, understanding Whiteness, and the importance of social justice work for all lawyers. She is the Executive Director of the Thelton E. Henderson Center for Social Justice at the University of California Berkeley School of Law, where she leads lectures and workshops for law students, scholars, and activists studying the intersections of race, gender, and law.

Trepczynski knows what it means to live in the in-between. Descended from a Black and Mexican father and a white mother, her mixed-race identity is obvious, for better and worse. At her mother’s encouragement, she began her first diet at the age of three and has been both fat and painfully thin throughout her life. She has experienced both the discomfort of generational poverty and the ease of wealth and privilege.

It is these liminal spaces of race, class, and body type that Trepcynski's Don’t Let It Get You Down: Essays on Race, Gender, and the Body excavate, presenting a clear and nuanced understanding of our society’s most intractable points of tension. Scheduled for a Summer 2021 release, the powerful and provocative collection of twelve essays offers poignant reflections on living between society’s most charged, politicized, and intractably polar spaces—between black and white, rich and poor, and thin and fat.  The book is rich with unforgettable anecdotes and is as humorous and as full of Trepczynski’s appetites, as they are of her anxieties. The result is lyrical and magnetic.

Trepcynski has been featured in Vogue, Time, NPR, Forbes, Huffington Post, Health, Shape, and more. Prior to becoming a lawyer, she worked in the art world in New York City and Italy. 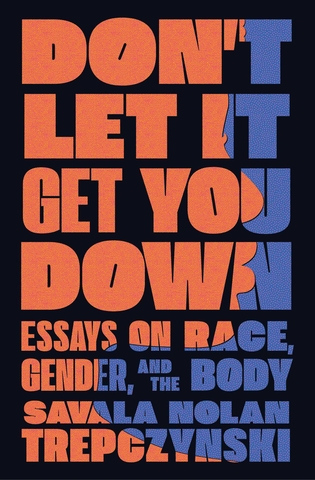