King's memoir, All In - An Autobiography, available August 2021, is an inspiring and intimate self-portrait of the champion of equality that encompasses her brilliant tennis career, unwavering activism, and an ongoing commitment to fairness and social justice. In a spirited account, King details her life's journey to find her true self. She recounts her groundbreaking tennis career—six years as the top-ranked woman in the world, twenty Wimbledon championships, thirty-nine grand-slam titles, and her watershed defeat of Bobby Riggs in the famous "Battle of the Sexes." She poignantly recalls the cultural backdrop of those years and the profound impact on her worldview from the women's movement, the assassinations and anti-war protests of the 1960s, the civil rights movement, and, eventually, the LGBTQ+ rights movement.

King was named one of Life magazine's "100 Most Important Americans of the 20th Century," and in 2018 she received a Lifetime Achievement Award as part of the BBC Sports Personality of the Year Awards. She is an Adidas Global Ambassador, a past member of the board of the Elton John AIDS Foundation, and a past member of the President's Council on Fitness, Sports, and Nutrition. 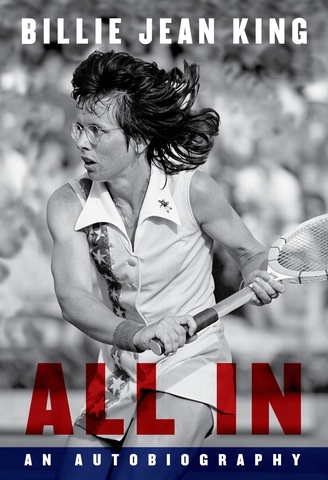