President Barack Obama will close the Annual Conference & Exhibition when he sits down with Lonnie G. Bunch III, the 14th secretary of the Smithsonian and first African American appointed to the role.

They will discuss A Promised Land, the stirring first volume of his presidential memoirs. In it, Obama tells the story of his improbable odyssey from young man searching for his identity to leader of the free world, describing in strikingly personal detail both his political education and the landmark moments of the first term of his historic presidency—a time of dramatic transformation and turmoil.

Few presidents have walked a more improbable path to the White House. Born in Hawaii to a mother from Kansas and a father from Kenya, Barack Obama was raised with help from his grandparents, whose generosity of spirit reflected their Midwestern roots.

After working his way through college with the help of scholarships and student loans, Obama moved to Chicago, where he worked with a group of churches to help rebuild communities devastated by the closure of local steel plants. That experience honed his belief in the power of uniting ordinary people around a politics of purpose and in the hard work of citizenship to bring about positive change. In law school, he became the first African American president of the Harvard Law Review. He then returned to Illinois to teach constitutional law at the University of Chicago and begin a career in public service, winning seats in the Illinois State Senate and the United States Senate.

On Nov. 4, 2008, Obama was elected the 44th President of the United States, winning more votes than any candidate in history. He took office at a moment of crisis unlike any America had seen in decades – a nation at war, a planet in peril, the American Dream itself threatened by the worst economic calamity since the Great Depression. And yet, despite all manner of political obstruction, Obama’s leadership helped rescue the economy, revitalize the American auto industry, reform the health care system to cover another 20 million Americans, and put the country on a firm course to a clean energy future – all while overseeing the longest stretch of job creation in American history. On the world stage, Obama’s belief in America’s indispensable leadership and strong, principled diplomacy helped wind down the wars in Iraq and Afghanistan, decimate al-Qaeda and eliminate the world’s most wanted terrorists, shut down Iran’s nuclear weapons program, open a new chapter with the people of Cuba, and unite humanity in coordinated action to combat a changing climate.

In times of great challenge and change, President Obama’s leadership ushered in a stronger economy, a more equal society, a nation more secure at home and more respected around the world. The Obama years were ones in which more people not only began to see themselves in the changing face of America but to see America the way he always has – as the only place on Earth where so many of our stories could even be possible.

Obama and his wife, Former First Lady Michelle Obama, are the proud parents of two daughters, Malia and Sasha. 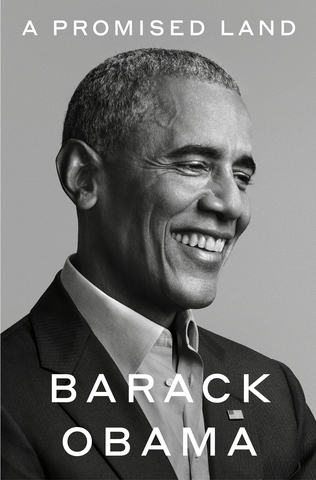